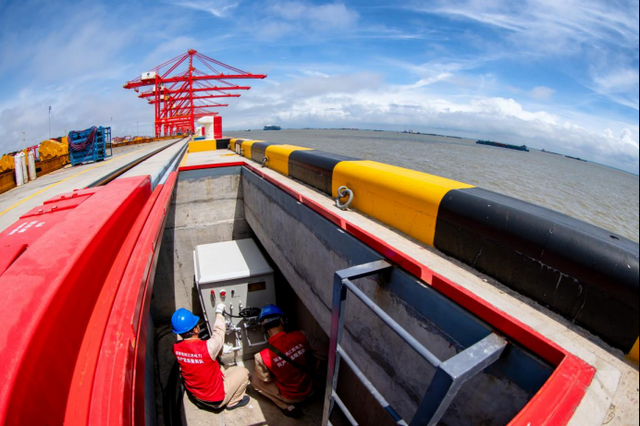 “With the increasing frequency of port trade, while promoting economic development, it also brings certain environmental problems.” According to Yang Yuhao, director of the Engineering Management Department of the Taicang Phase 4 Project Construction Headquarters, Taicang Port Phase 4 Container Terminal is expected to be put into operation after it is put into operation. The cumulative number of ships in the port can reach 1,000 per year. In order to meet the electricity needs of ships for lighting, ventilation, and communications during their berthing at the port, if the oil-fired generator is used to generate electricity, it is expected to consume 2,670 tons of fuel oil and generate 8,490 tons of carbon dioxide emissions. serious pollution of the environment.

Shore power technology can provide electricity for ships at the port, effectively reduce pollutant emissions, and play a positive role in the protection of the port and the ecological environment of the Yangtze River. State Grid Suzhou Power Supply Company firmly establishes the concept of “energy transformation and green development”, vigorously implements electric energy replacement projects, and carries out shore power project construction in major ports in the city, serving the green emission reduction, transformation and upgrading of ports and shipping, and helping “carbon peaking and carbon neutrality”. and “strategic goals. 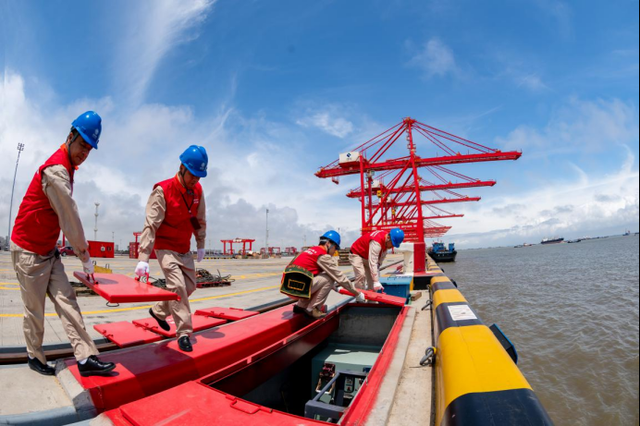 According to the statistics of Taicang Port Administration Service Bureau, Taicang Port currently has a total of 57 sets of high and low voltage shore power systems. Except for Taicang Yanghong Petrochemical Terminal, the other 17 terminals in Taicang Port have a 100% coverage rate of shore power facilities, with a total capacity of 27,755 kVA. , the annual replaceable electricity is about 1.78 million kWh, saving 186,900 tons of fuel every year, reducing exhaust emissions by 494,000 tons, carbon dioxide emissions by 59,400 tons, and harmful substances emissions by 14,700 tons.

At the project site, the reporter also saw a row of intelligent high-pole lights, which can automatically adjust the lighting brightness according to the characteristics and needs of the port yard lighting, and achieve an intelligent power saving rate of 45% in the yard. According to Wang Jian, commander-in-chief of the Taicang Port Phase 4 Project Headquarters, in order to build a model for green port operations, in addition to the shore power system, the Taicang Port Phase 4 Wharf also adopts onshore ship ballast water treatment, initial rainwater collection system, More than 20 environmental protection, energy saving and resource recycling technologies, such as wind-solar hybrid light poles and energy management systems, have realized green functions such as unmanned loading and unloading in the yard, low-carbon terminal energy, and intelligent equipment scheduling.